The Atlanta Journal Constitution ran the following in the Sunday Edition, December 18, 2011: 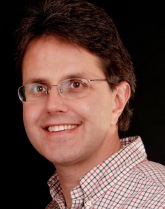 CHARLES JOHN HARBIN, III, 42, of Roswell, GA, was killed July 22, 2011 as he crossed a mid-town Atlanta street, fatally struck by a reckless motorist.

Born April 1969 in Huntsville, AL, he grew up in Virginia, Calcutta, India and Sydney, Australia and later lived in Florida, France, New York , Burma and Japan. A renaissance man, Charles loved much in life with his deepest love for daughters Molly and Kate. A devoted father, their beloved Daddy, he inspired their curiosity, fed their education, coached their sports and had adventures at beaches, parks, rivers, Braves games, music, nature, RHS, places he loved.

Charles found his calling as an educator in Japan Arizona and Georgia. At Roswell High for the past five years, he influenced fledgling journalists and writers through his innovative and unconventional methods. He conveyed a respect for literature and a devotion to creative writing. A popular teacher, he connected with students through literature, eclectic music, discussion and as a soccer coach. Dubbed “Harbs” or “The Harbinator,” he encouraged students to think, create and excel. He also tutored students in transition at Drake House.

He attended Pace U, NY, Bennington College, VT, held a degree in British & American Lit from New College of Florida & a Master’s from Kennesaw State.

An adventurer and curious about the world, Charles traveled widely, absorbed culture, overcame challenges and made friends. He embraced life in unique places that fed his rebel instincts, also in serene settings like the Caribbean. Quirky, entertaining, and a raconteur at times, and at others he was Byronesque, dark, brooding, intense and passionate. Charles lived life to the fullest, knowing: Life is measured by the number of breathless moments one has, not by the number of breaths one takes.

At Gainesville United Methodist Church’s Memorial Rev. Cordova, family & friends shared stories of Charles. His outlook & love of music was captured by Marley’s “Three Little Birds.” On Nov 18, Roswell High held a Memorial honoring Charles. Students & colleagues shared stories & music & told how he enriched their lives. Teaching was a platform for Charles’ creativity, a colleague noted. He did not get to write his book, he lived it instead. During the ceremony, sister, Renee North, announced The CJH3 Scholarship. A poem and balloon release closed it.

Editors Note: Charles Harbin was single at the time of his death, as he had filed for divorce for cause against estranged wife Arin Mason after a very brief marriage of months. His daughters were born of a previous marriage. When he died, he had been dating a beautiful woman in the Atlanta area.